Addiction, Crime and Insurgency : The Transnational Threat of Afghan Opium

Home/Lifestyle/Books/Addiction, Crime and Insurgency : The Transnational Threat of Afghan Opium
20350 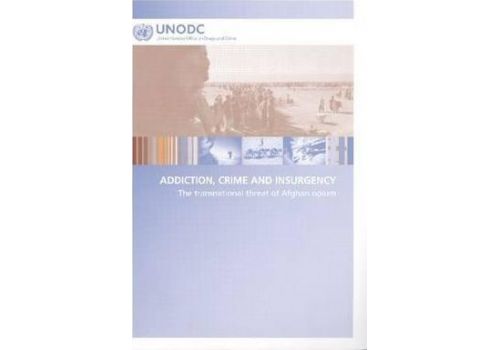 Global opium production increasingly shifted from South-East Asia to Afghanistan during the 1990s. This trend increased in the first decade of the 21st century to the point that Afghanistan's supply of opium exceeded world demand. Afghanistan is now the source for more than 90 per cent of the world's deadliest drug. The Afghan drug trade spreads crime, corruption, addiction and HIV. It is a major source of revenue for insurgents, criminals and terrorists. It undermines governance, public health, and public security within Afghanistan and along trafficking routes. In short, it poses a major transnational threat to health and security. The report reveals how the flows of Afghan opiates are distributed in the world, and the extent to which regional insurgenc...show more
Similar products
Stay in touch
My Account
Shop
Contact us
© 2004-2021 Wide Eyed owl.  You must be 18 years or older to make purchases using this website