A Candle for San Simon 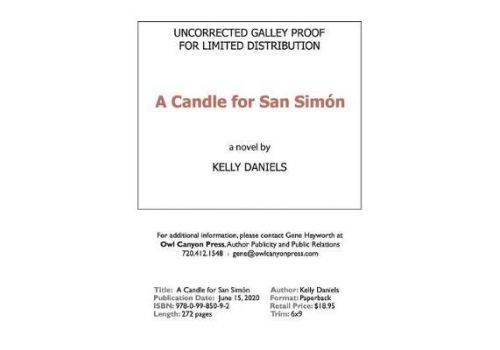 Max Caruthers, a born-again Christian with a hard-living past, tracks his father, Norman Caruthers, who abandoned him decades before to the lawless wilds of present-day Guatemala. All Norman wants is to be left alone to drink away his remaining days undisturbed in the little bar that serves as home. Up north in California, Vicki Valle, former girlfriend of a recently assassinated Los Angeles gang leader, is deported over a triviality into Tijuana. She decides to bring the skills she learned in L.A.--both in the gang and in business classes attended at City College--back to her roots in El Salvador, where she meets Caruthers at a drop-off in the capital city. He's been roped into delivering a busload of Mayan girls, en route to lives of prostitution in the United Sta...show more
Similar products
Stay in touch
My Account
Shop
Contact us
© 2004-2021 Wide Eyed owl.  You must be 18 years or older to make purchases using this website