5 Grams : Crack Cocaine, Rap Music, and the War on Drugs 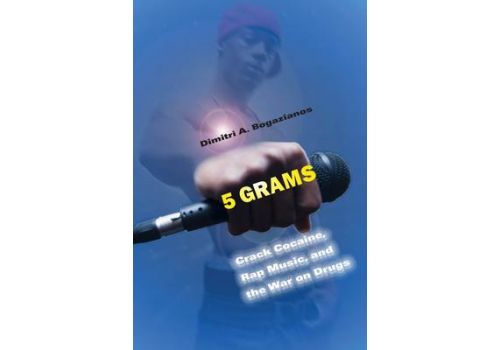 In 2010, President Barack Obama signed a law repealing one of the most controversial policies in American criminal justice history: the one hundred to one sentencing disparity between crack cocaine and powder whereby someone convicted of "simply" possessing five grams of crack-the equivalent of a few sugar packets-had been required by law to serve no less than five years in prison. In this highly original work, Dimitri A. Bogazianos draws on various sources to examine the profound symbolic consequences of America's reliance on this punishment structure, tracing the rich cultural linkages between America's War on Drugs, and the creative contributions of those directly affected by its destructive effects.show more
Similar products
Stay in touch
My Account
Shop
Contact us
© 2004-2021 Wide Eyed owl.  You must be 18 years or older to make purchases using this website