A War that Can't Be Won : Binational Perspectives on the War on Drugs

Home/Lifestyle/Books/A War that Can't Be Won : Binational Perspectives on the War on Drugs
20717 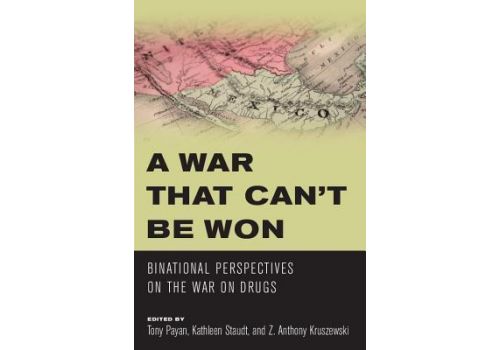 More than forty years have passed since President Richard Nixon described illegal drugs as "public enemy number one" and declared a "War on Drugs." Recently the United Nations Global Commission on Drug Policy declared that "the global war on drugs has failed with devastating consequences for individuals and societies around the world." Arguably, no other country has suffered as much from the War on Drugs as Mexico. From 2006 to 2012 alone, at least sixty thousand people have died. Some experts have said that the actual number is more than one hundred thousand. Because the war was conceived and structured by US policymakers and officials, many commentators believe that the United States is deeply implicated in the bloodsh...show more
Similar products
Stay in touch
My Account
Shop
Contact us
© 2004-2021 Wide Eyed owl.  You must be 18 years or older to make purchases using this website