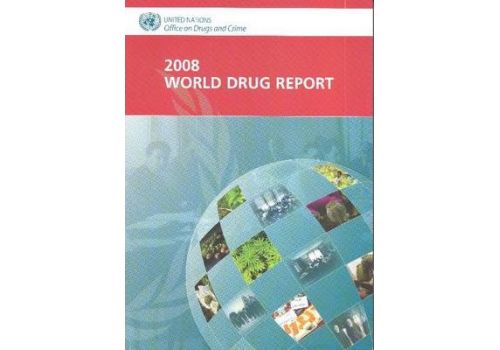 "The World Drug Report" presents comprehensive information on the illicit drug situation. It provides detailed estimates and trends on production, trafficking and consumption in the opium/heroin, coca/cocaine, cannabis and amphetamine-type stimulants markets. The drug problem is being contained but there are warning signs that the stabilization which has occurred over the last few years could be in danger. Notable amongst these is the increase in both opium poppy and coca cultivation in 2007, some growth in consumption in developing countries and some development of new trafficking patterns. There have also been encouraging contractions in some of the main consumer markets. This year, almost one hundred years since the Shang...show more
Similar products
Stay in touch
My Account
Shop
Contact us
© 2004-2021 Wide Eyed owl.  You must be 18 years or older to make purchases using this website