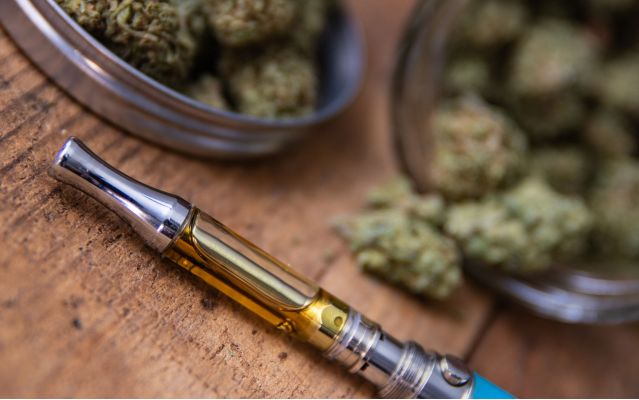 Way back in 2014, I wrote an article called Desperately Seeking CBD that profiled several families who either broke the law or moved clear across the country to access cannabidiol (CBD)—a non-intoxicating compound found in the cannabis plant that’s proven effective in treating pediatric seizure disorders that don’t respond to more conventional therapies. At the time, the father of a two-year old epilepsy patient explained that they’d uprooted their entire existence and moved to Colorado just to try the treatment.

Five years later, you can buy CBD ice cream in Texas. Cannabidiol is officially “trendy.” Capsules, tinctures, ointments, and oils containing the compound can be readily purchased online (as well as at gas stations and hair salons nationwide), and the legalization of hemp farming this December via the most recent US Farm Bill means that this rapidly growing market segment will likely expand exponentially over the next five years.

But unfortunately, along the way, there’s been a lot of shady operators selling CBD in a largely unregulated grey market, and as a result, a ton of misinformation has attached itself to this potentially life-saving cannabinoid.

In fact, Project CBD—a non-profit dedicated to boosting science-based understanding of cannabidiol—has compiled an extensive list of pervasive misconceptions, one of which is “CBD is medical, THC is recreational.”

On the contrary, even small doses of THC combined with CBD can improve the efficacy of your cannabis medicine.

THC is TLC for your CBD

Originally, cannabis contained far less THC than it typically does now, and a lot more CBD. But over time, breeders have created ever more potent strains, as that’s what fetches the best price in the underground market. These breeders certainly understood that selecting for greater potency meant maximizing THC output, but just ten years ago few had even heard of CBD, never mind realized it was steadily getting bred out of existence.

Project CBD was founded in 2009, a time when CBD had almost entirely vanished from the cannabis gene pool. The organization’s founders recognized that while there’s long been evidence of CBD’s medical efficacy, unlike THC, it wasn’t reaching actual medical cannabis patients in appreciable amounts. So they worked directly with cannabis labs in California (then a new phenomenon) to identify the few remaining CBD-rich strains in circulation and make them available to growers, researchers and patients.

Which means you can put them down as big fans of CBD. Just don’t put down THC while you’re doing it.

Project CBD receives many inquiries from around the world and oftentimes people say they are seeking “CBD, the medical part” of the plant, “not THC, the recreational part” that gets you high. Actually, THC, “The High Causer,” has awesome therapeutic properties… [but] diehard marijuana prohibitionists are exploiting the good news about CBD to further stigmatize high-THC cannabis, casting tetrahydrocannabinol as the bad cannabinoid, whereas CBD is framed as the good cannabinoid. Why? Because CBD doesn’t make you feel high like THC does.

The best available science makes clear that whole-plant cannabis preparations are quantifiably superior to single compounds because the plant’s complex mix of cannabinoids, terpenes, and flavonoids interact synergistically to create an “entourage effect” that enhances each other’s therapeutic effects.

Products with a balance of THC and CBD are becoming more commonplace in cannabis shops as consumers realize the value of cannabinoid synergy. (Elise McDonough for Leafly)

Lots of people (like yours truly) enjoy the psychoactivity of cannabis and find it mood elevating and healing in and of itself, but rest assured that you don’t need to get high AF to reap the benefits of THC.

Microdosing cannabis: Benefits without the buzz

However, finding your optimal dose will involve some trial and error.

According to Project CBD:

The successful use of cannabis as a medicine depends to a great extent on managing its psychoactive properties. The goal is to administer consistent, measurable doses of a CBD-rich cannabis remedy with as much THC as a person is comfortable with… Preclinical science lends credence to the notion that a small amount of THC can confer health benefits. Oral administration of a low dose of THC (1 mg/day) resulted in “significant inhibition of disease progression” in an animal model of atherosclerosis (hardening of the arteries), according to a 2005 report in Nature, which noted: “This effective dose is lower than the dose usually associated with psychotropic effects of THC.”

In a feature called We Asked a Scientist: What’s the Right Dose of CBD?, Nick Jikomes,neuroscientist, explored the complicated process involved in optimizing the benefits of cannabis without going one toke over the line, including managing the complex interplay between THC and CBD.

CBD is essentially getting in the way of THC’s ability to bind the CB1 receptor, which is why the presence of CBD has a significant impact on the psychoactivity of THC-containing products, [and] why the ratio of the two compounds is important for anticipating the effects of cannabis products… While THC and CBD have different pharmacological properties, they can both have similar physiological effects, probably acting through different mechanisms. For instance, both compounds can have analgesic and anti-inflammatory effects; they may act through different mechanisms, so having THC and CBD could potentially enhance an outcome surrounding pain relief.

If you’re fortunate enough to have access to a legally operating cannabis dispensary, you should have no problem finding flowers, concentrates, topicals, and edibles with a wide range of THC-to-CBD ratios. But patients and consumers still sourcing their cannabis from the underground market will encounter more difficulty.

One suggestion is to try combining whatever form of CBD you can access locally with the best whole-plant cannabis you can lay your hands on. Perhaps this means swallowing a CBD capsule and then taking a few puffs off a joint an hour later.

As always with cannabis, start with small doses and work you way up until you find the sweet spot.