Does CBD help or hinder sleep? 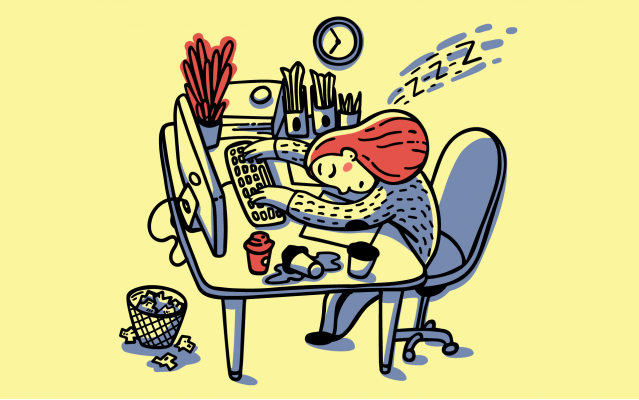 What most of us wouldn’t give for a good night’s sleep. Without it, we can’t function at peak emotional, physical, and mental levels, yet in today’s high-stress, plugged-in world, so many of us don’t get decent sleep.

Ailments like insomnia, sleep apnea, narcolepsy, and excessive daytime sleepiness cause consumers to turn to over-the-counter and prescription pharmaceuticals for relief, yet many of these medications have their own serious side effects and adverse risks.

For that reason, many consumers are exploring natural sleep aids like cannabis. We know THC-rich varieties can help people achieve sleep, but what about those sensitive to or afraid of its intoxicating effects?

In a recent Consumer Reports survey on CBD, 10% of respondents report using CBD as a sleep aid. The majority of them said it worked, but that evidence is anecdotal. Without controlled studies, it is difficult to tell whether CBD is truly acting alone to induce sleep. There are several complicating factors.

First, high-CBD strains often contain myrcene, a terpene that is said to be sedating. Although controlled studies on humans are lacking, myrcene’s sedative effects are well established in the animal literature, and for centuries, herbalists have been using hops as a human sleep aid. As it turns out, hops have high myrcene levels.

Therefore, if a person uses a high-CBD strain and says it helps them sleep, it is hard to tell whether CBD, myrcene or the two working in combination is the active agent. However, it’s worth noting that most people aren’t smoking or vaporizing myrcene-rich CBD flowers for sleep. Rather, most are using a CBD concentrate that contains little to no myrcene whatsoever.

THC has a sedative effect and can reduce the time it takes to fall asleep. Some research shows that the entourage effect, or harmonized interaction between cannabis compounds like CBD and THC, seems to carry over to sleep.

Sulak explained that CBD may just be reducing symptoms like anxiety, which allows the person to relax so that their natural sleep mechanism can take over.

However, THC does not put a person in a sleep state. Neither does CBD. Instead, THC is a sedative and has other properties helpful to sleep. For example, THC makes a person feel comfortable while remaining still, called catalepsy.

Because CBD doesn’t alter consciousness in the same way that THC does, is it even possible that CBD can work alone as a sleep aid?

Dr. Dustin Sulak, DO, is the founder of Healer.com and Integr8 Health, a Maine medical practice that uses medical cannabis as a treatment for a variety of ailments. Sulak explained that CBD may actually just be reducing symptoms like anxiety, which allows the person to relax so that their natural sleep mechanism can take over.

To demonstrate Sulak’s point, here is one such published example, where a Colorado research team looked at outcomes of psychiatric patients who received CBD in a clinical setting to help with anxiety and sleep complaints. CBD was given as an adjunct to usual treatment. Within the first 30 days of CBD use, anxiety decreased in nearly 80% of patients and sleep scores improved by nearly 70%. CBD was well tolerated by the vast majority of patients.

But was CBD directly responsible for this outcome? And, given that a fairly large group of people with insomnia also have depression and anxiety, what exactly is CBD working on? This is where the waters become even more muddied.

Sulak’s practice has over 8,000 patients, so he sees the connection between sleep and chronic disease every day. “Sleep is extremely important,” he said. “Almost all of our most prevalent chronic diseases require healthy sleep for the patient to get better.”

Sulak said that if he can fix a patient’s sleep disturbance, it serves as a unifying treatment that can help multiple patient conditions like diabetes and chronic pain. While Sulak does treat sleep disorders, he very rarely does so with CBD in any form, whether pure CBD or a CBD-dominant cannabis strain.

Instead, Sulak often uses THC with a sedating terpene profile. He achieves excellent results, even when using low doses.

In a 2018 study on 27 healthy subjects, a high CBD dose (300 mg) qualifying as a clinically anxiolytic dose had no effect on the sleep-wake cycle. CBD was given 30 minutes prior to bedtime and sleep recordings were made for eight hours thereafter.

In a similar study, very high CBD doses (600 mg) had a sedative effect, but in subjects with insomnia, much lower doses of 160 mg reduced sleep disruption and increased total sleep duration. Conversely, very low doses of 25 mg had no effect.

CBD has been found to help with certain sleep anomalies that occur during rapid eye movement (REM) sleep. There are two types of sleep: non-rapid eye movement sleep (NREM) and rapid eye-movement (REM) sleep. NREM sleep progresses through a 90-minute cycle leading up to REM sleep, in which brain wave activity increases and dreaming occurs. REM sleep is also the time when previously learned is solidified into a memory.

In normal REM sleep, the limb muscles become temporarily paralyzed so that a person cannot act out dreams. In Parkinson’s disease as well as REM behavior disorder, people are able to flail and act out vivid and violent dreams. CBD at doses ranging from 75 to 300 mg was shown in a preliminary study to help these patients, and in an early case study, high-dose CBD helped a pediatric PTSD patient.

Low-dose CBD formulations seem to keep people awake and not alter the sleep cycle. However, this may one day prove beneficial for circadian rhythm disorders like excessive daytime sleepiness and narcolepsy because they may help people stay awake during daylight hours.

So, should you be using CBD for sleep?

Every individual’s body is unique, and therefore the effect of CBD will be highly individualized. Sulak explained that he would be open to using CBD in his own practice if a patient had not responded well to THC. Some patients are extraordinarily sensitive to THC and have symptoms during the night or still feel impaired in the morning. Sulak said he would likely select CBD strains that contained high levels of myrcene.

Sulak said that CBD may offer benefit for people with sleep disturbances, and he feels it is important to move forward with pragmatically designed clinical trials, meaning a trial that does not provide every patient with the same exact treatment. Instead, an algorithm type approach would be used, starting with one treatment and moving to others if the previous ones are unsuccessful.

Sulak also stated that Americans are desperately in need of education on understanding sleep hygiene and the critical importance of sleep for health and happiness. “Most people don’t know that sleep disturbances are associated with decreased analgesic (pain-relieving effects) of opioids and antidepressant drugs, so it’s such a vicious cycle,” he said. “It’s wonderful to use cannabis to break that cycle,” Sulak said.

CBD is safe, even at high doses

Sulak said that he ensures his patients that CBD is extraordinarily safe, so if it is not effective at low to moderate doses of 10 to 50 mg, CBD is safe to try at higher doses of 100 to 200mg. In a 2018 study, single doses of 1,500 mg, 3,000 mg or 6,000 mg were administered to healthy subjects daily for six days. While the study was not aimed at researching CBD’s effects on sleep, it demonstrated that CBD is indeed safe.

However, it’s important to note that research has a long way to go in establishing drug interactions associated with cannabinoids. While CBD appears to be safe on its own, consider consulting a medical professional before adding CBD or other cannabis products to your regimen.

Despite the overall lack of CBD sleep studies, the National Academies of Sciences, Engineering and Medicine concluded in a 2017 report that moderate evidence exists for cannabinoids to improve short-term sleep outcomes in a variety of conditions. As more research is conducted, CBD may well benefit patients who have ailments like obstructive sleep apnea, fibromyalgia, chronic pain, and anxiety.