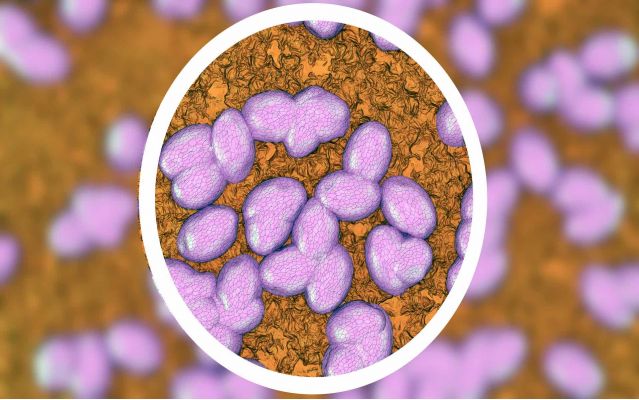 Researchers at McMaster University in Canada recently published a paper describing how cannabiggerol, the common cannabinoid known as CBG, killed a variety of strains of MRSA, the antibiotic-resistant staph bacteria. The researchers, led by Eric D. Brown, went further than previous studies by moving beyond the petri dish and testing CBD on rodents. Their results could be the first step in making CBG the newest antibiotic on the market.

MRSA: a serious problem in hospitals

MRSA is a well-known problem in hospitals around the world. One in three people carry staph bacteria—Staphylococcus aureus—in their nose. S. aureus is a common bacteria that remains generally harmless unless it enters an open wound, in which case it can cause a sometimes deadly infection.

MRSA infections can be deadly for people with suppressed immune systems in hospitals.

Most staph infections are successfully treated with antibiotics. But over the years an antibiotic-resistant form of staph, known as MRSA (Methicillin-resistant Staphylococcus aureus), has become a real danger.

About 5 in 100 people carry MRSA. And while MRSA infections are generally mild, if difficult to treat, they can become deadly. This is especially true in cases where MRSA is introduced to people who already have suppressed immune systems, like folks exposed to MRSA in hospitals.

MRSA is most commonly an infection of the skin and soft tissues. It can cause red pus-filled bumps and sores. Or it can cause festering wounds that slowly kill the tissue the bacteria live on.

Things get really squidgy when MRSA gets into your body. “Necrotizing” is used in a surprising number of ways to describe the effects caused by these infections. MRSA can kill bones, put holes in your lungs, and cause deadly infections in your blood and heart. Doctors worldwide are desperate for treatment options that can stop it in its tracks. Unfortunately, new antibiotics are hard to come by. The last novel antibiotic was developed over 30 years ago.

Cannabis as an antibacterial agent

Researchers have known about cannabis’ antibacterial properties for decades. Early researchers didn’t know what specific compounds were responsible for the effects they were seeing, but recent research has started to break down exactly which cannabinoids are effective against which bacteria.

The McMaster University team tested 18 cannabinoids against the most common strains of MRSA, and found that nearly all of them had some efficacy against the bacteria.

Interestingly, 11-OH-THC, the compound Δ9-THC breaks down into when eaten, was not at all effective at killing the virus. This could nix edible THC treatments from future antibacterial studies.

Seven cannabinoids, including CBG, CBD, CBN, CBCA, Δ9-THC, and Δ8-THC, were the most effective. They killed the bacteria at concentrations low enough to warrant further investigation, with CBG showing efficacy at particularly low concentrations.

One of the reasons MRSA is so hard to treat is the biofilm that bacterial cells develop to protect themselves.

It appears that CBG can strip away MRSA’s armor, but leave our blood cells’ defenses intact.

Biofilm is like bacteria’s armor. Not only does CBG help prevent the armor from forming, it can also strip it away. Which could be why it’s effective at killing MRSA at relatively low concentrations.

But would CBG do the same to blood cells? Doing so would be a sign of toxicity, and signal a halt to further research. Researchers exposed human red blood cells to CBG, and the cells remained healthy and happy. So it appears that CBG can strip away MRSA’s armor, but leave our blood cells’ defenses intact.

A major concern with potential antibiotics are the tricks bacteria can pull to make antibiotics less effective. The first of these involve dormant bacterial cells called persister cells. Persisters are deeply resistant to antibiotics, and can reactivate after the antibiotic is gone, reinfecting the host. CBG killed all of the persister cells in a petri dish within 30 minutes.

Another troubling way bacteria deal with antibiotics is through rapidly mutating defenses against particular drugs. That’s how a relatively harmless bacteria like staph evolved into the deadly MRSA.

Researchers created models to see how quickly MRSA would adapt to CBG. It didn’t. CBG remained effective against MRSA even when researchers were trying to get the bacteria to mutate a resistant strain. This sort of susceptibility is vital in developing an antibiotic that will work long-term.

So how far are we from using CBG to treat MRSA in humans? Once a compound has shown efficacy in a petri dish, the next step in the drug evolution game is testing it in animals. And that’s exactly what the McMaster researchers did. They treated mice with CBG, and found that it reduced the animals’ bacterial load by about half.

The most effective dose at killing the bacteria was 100 mg/kg of injected CBG. That works out to a pretty massive dose if you scale up to human size. 100 mg/kg would be about a quarter-ounce of pure CBG for a 154-pound human. Not only is that quite a hefty dose, we also generally don’t inject cannabinoids into humans. Generally, medical applications of cannabinoids have been oral, oromucosal, or intranasal. These are all problems that need to be addressed in further studies.

Even though “antibiotics are commonly given at much higher doses than other medicines and are typically dosed to obtain much higher levels in humans than most other drugs,” lead researcher Eric D. Brown wrote in response to a Leafly inquiry, “the need for high doses of antibiotics to achieve efficacy is often at odds with the competing need for safety and tolerability. Indeed, this is one of the reasons that there is so much failure in antibiotic drug discovery and development. It’s hard to achieve both efficacy and tolerability. This, of course, is why MRSA remains such a problem in the clinic.”

Even knowing the long road CBG faces before it’s approved to treat MRSA, it may not be too far-fetched to envision a day when we can use weed to stop flesh-eating bacteria.